This week we’ve seen Donald Trump get brilliantly Twitter trolled (see below), more ‘News Of The World’ execs admit to phone-hacking, David Cameron stand up in public and lie through his teeth, and Jeremy Clarkson get stoned in Argentina (take that as you want to). 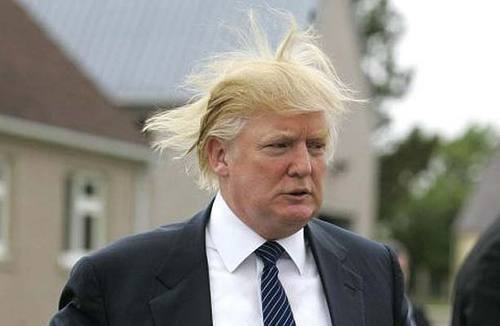 In bigger news, GGA’s Paul T has a new dining table and Kyle is selling rare Lego figures on Ebay for £30 a pop. THIS IS THE REAL NEWS PEOPLE!


White-knuckle Vines
When we first started Prime8 we used to have a ‘Vine of the week’ section. We quickly realised that 99% of Vines are actually rubbish so we canned it. However, here’s a list of 25 of the most thrilling (i.e. actually good) Vines of all time. It also includes Instagram videos but, you know, we never had a ‘Best of Instagram’ article so… pretend it doesn’t.


A cheeky little LinkedIn hack
Want a quick win way of massively boosting your LinkedIn connections? There you go. Don’t say we never give you anything.


Twitter comes up Trumps
Easily our favourite story of the week: Donald Trump is tricked into retweeting a picture of Fred & Rose West, If you didn’t see it, get the full story here with the added bonus of the even funnier retweet requests that Trump got bombarded with shortly after. Keep your hair on Donald!


What if protesters in Tiananmen Sq had smartphones?
This weeks protests in Hong Kong have kind of answered the question above. Here’s a brilliant autopsy of how technology has been the unsung hero in the peoples fight against a censoring government.


A bit of inspiration to… erm… inspire you
This is great. A list of clever logos with hidden meanings in them. Our favourites? Yoga Australia and Pittsburgh Zoo. What’re yours?


GGA’s website of the week
A new site promoting Egypt’s Pyramids of Giza. What makes it awesome if the integration of Google Earth technology making for an immersive, educational tour of the area.


… and finally
And STILL the mocking of the iPhone6 continues. Here’s a brilliant faux Apple advert showcasing the ways the iPhone REALLY could be better.

Want to feel all smug and have the Prime8 delivered direct to your inbox every Saturday? Just go here and give us your email address. Oh go on, you know you want to.