Watching the Commonwealth Games opening this week, I was taken aback by how it was a glorious celebration of all things Scottish. Brilliant display it was… and then along come Rod Stewart (born in Essex, thinks he’s Scottish) and Nicole Scherzinger (once went to an Aberdeen Angus Steakhouse for a bit). To be fair to the organizers, they’d used nearly all of the 8 famous living Scots at that point so they had to make up the numbers somehow I guess. 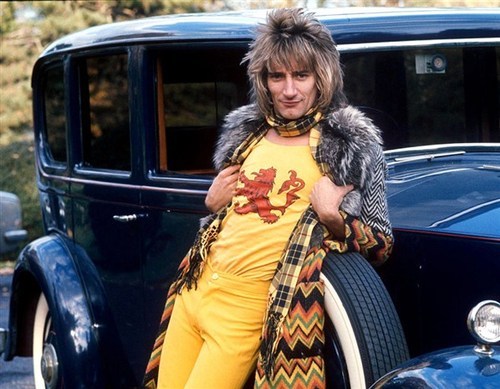 Here’s this weeks Prime8. Be wary though, he’s not wearing any pants underneath his kilt…

The rise of YO! Or: how the world is completely unfair
So the rise of the YO! app continues unabated (seriously people STOP downloading it!). But why is it so popular? How is it getting so much publicity? How on Earth is it getting continuous funding when it literally does one, very simple thing? I need a lie down.
The James Dyson Awards are a tiny bit fantastic
Each year, students from around the world come up with brilliant life-changing and life-saving ideas and enter the James Dyson Awards for Innovation and Invention. Here’s a few of the best.
The 1 good thing about Google+
Look; Google+ sucks. We know it. You know it. Pretty sure Google knows it too. However their is one massive, redeeming feature that just about saves it from being a waste of space: Google Hangouts. They’re a genuinely good alternative to the Skypes of this world, and this video series will teach you how to make the most of it’s features.
Apple reveal a line drawing; world goes mental
This week, Apple leaked its patent for the iWatch – their first piece of wearable tech. As usual, Apple fanboy & fangirl geeks everywhere lost their mind with excitement, but this time their excitement may well be justified. More than being a simple patent diagram, it reveals loads about Apple’s plans for the future of wearable tech and an insight into their design process.
‘Genuinely helpful biz development tip’ alert!
Sometimes, just sometimes, we’ll offer up a useful nugget to help your business. Here’s a brill podcastfrom the CEO of TapHunter explaining their cold-calling and sales techniques they’ve successfully developed to sell their software products. Now don’t be expecting stuff like this all the time OK?
GGA’s website of the week:
Get your headphones on for this one. It’s an interactive OpenGL site built to promote the music of a band called McBess (no, me neither). The music’s pretty decent mind. The site’s even better.
… and finally.
I’m about to change your lives for the better. Here’s 46 of the best life-hacks on the internet. The T-shirt one has pretty much made me ascend to a higher spiritual plain.
Want to feel all smug and have the Prime8 delivered direct to your inbox every Saturday? Just go here and give us your email address. Oh go on, you know you want to.
Until next week…