Part 3: The story of SilkThread – Charting the creation of a new tech product from both a developer and client point of view. The app is in build – what next?

For the past 6 months Labyrinth have been working with app experts Green Gorilla Apps (GGA) to plan, design and build an industry-defining web application called SilkThread. Instead of the usual post-project case study, both Labyrinth and GGA have decided to write a joint ‘warts-and-all’ journal blog about the highs and lows of developing a first-of-its-kind product. Each blog will have an entry from both companies with an aim to showing the different viewpoints of developer and client.

Note to the reader: SilkThread ™is a compliance-based web application which helps transport operators and hauliers comply with the Undertakings of the Operator’s Licence – this is a requirement for anyone running vehicles over 3.5t (anything bigger than a large van). It enables auditing and visibility across multiple depots of all aspects of transport management, including how depots manage drivers’ hours, vehicle servicing, defect reporting, working time, agency drivers and many other vital aspects of transport compliance. It is the first web app of its kind to be developed in the UK.

It is called SilkThread because, in the Greek myth of Theseus and the Minotaur, the hero was given a ball of silk thread to help him find his way back out of the maze after his victorious battle with the Minotaur. So it’s a navigation tool for those on a journey. 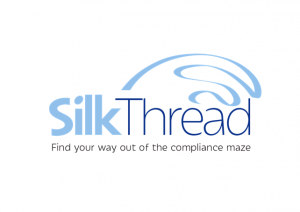 So our project has now moved into the next phase: the app is being built. We are working to a 12 week build programme and we expect the app to be ready by 19th September. So now we need to do two things: plan for the future and test the software.

Planning for the future
Developing SilkThread ™ heralds a potentially major change in our business. Labyrinth has always been a hands-on consultancy with real people doing real stuff, normally at clients’ premises or from our home offices. Having software to sell turns us into a slightly different type of business, albeit one which will continue to do quite a bit of the face to face work we did before.

So we worked with an excellent business coach, Simon Taylor. http://www.simontaylorconsulting.com/executive-coaching/

Simon helped us to think ahead into the future, and see what our future business model might look like – and really visualise the details. Then, crucially, he helped us work backwards from that point in order to understand what we needed to put in place to make all those amazing things happen. As a result we’ve now got a comprehensive project plan and a budget, with cash flow forecasts built in, so we know when we need to do all these things to support the project and what we need to sell to make it all work. Suffice to say, we are really busy making all this happen – as well as keeping the home fires burning by still earning money doing good old-fashioned consultancy. So we didn’t worry about spending too much time on the project, we also worked out what the split between paid work and SilkThread project work needed to be, and we are sticking to the plan. It all sounds obvious, but when this is your first project of this ilk, it takes a bit of working out and we wanted to give ourselves the best possible chance of a successful outcome.

Testing the software
Green Gorilla (GGA) use a methodology called Scrum. I am no expert, but it means from our point of view as the client that we get software to test as we go along. This is great, as it means that we are not waiting for an egg to be laid and a rather ugly duckling to appear in September. The idea is that we know as we go along what we are getting, and also that it works.

We recruited Sue Wadkins to the Labyrinth team to work on the testing as we knew that we would struggle to test as we went along, given all the other plates we have to keep spinning. We wanted to make sure that we were supporting GGA and keeping up with them, rather than being on the receiving end of a lot of Basecamp nagging. Sue, who has a background in supply chain auditing, has done a great job for us and has developed some great testing scenarios (mainly involving “drivers” and transport managers who seem to be named after Liverpool FC footballers). I am delighted to say that we have kept up with GGA and they have been very complimentary about the thoroughness of our testing, and not a nag in sight. Phew! Roll on the 19th of September…

As a software developer approaching the build of a complex project, the hardest part is often not the coding itself (we’re good at that stuff) but the planning of the build. As Ruth mentions above, we use a development methodology called Scrum which, in layman’s terms, means we develop our projects in iterations over the course of weekly ‘sprints’. This way the client can continuously review progress throughout the course of the development as opposed to having to wait months on end before they see what they’re paying for. This means there are no nasty surprises for the client, but also allows us to split out big, complex projects like SilkThread into smaller testing ‘blocks’ upfront.

However, no matter how well projects are planned, more often-than-not their will come a point that, as developers, we have to tackle a unique challenge that really cannot be planned – sometimes we simply have to dive in and see what happens! And so it has been on SilkThread; in this case the big unknown has been the ‘Questions System’, which is what will ultimately control the auditing. and is the main bulk of the system as a whole. In fact 80% of the project can probably be attributed to it!

Working from a large, detailed spreadsheet provided by Labyrinth, we couldn’t really prove the concept of what we wanted to build until we had built it! Frustrating stuff for developers! So to tackle this we worked out a plan of attack and decided the best thing to do would be to build a mini-prototype of the Question System that would show Labyrinth what we had in mind, and also let us test a new coding approach we thought would be perfect for this job.

So that’s what we did. The benefits of this were massive. It let us deliver a useable, scaled down version to Ruth and the team, and it also validated that a coding discipline called AngularJS would give us the flexibility and speed to deliver the full system.

We handed it over to Labyrinth who got their new employee, Sue Wadkins, to test thoroughly. Very, very thoroughly! Most thorough client QA we’ve ever experienced actually. This is a good thing by the way 🙂

After a week, Sue and the team came back with a number of questions, so we all convened at the GGA offices where we ran through the system and addressed all questions and queries. This was a massive success because a) it meant we now knew the core of SilkThread was working as expected, and b) Labyrinth had seen and signed-off a scaled-down version of the full system. No nasty surprises on the horizon here!

So after just a few short weeks we are now putting finishing touches to the main body of the project. As I type this I’m waiting on an update from the dev team to tell me we can push a major new release out to Labyrinth to test. This will actually mean we are into the final leg of production with a fully-working, MVP version of SilkThread just around the corner.

Now the hard bit – getting the client testing the heck out of it and seeing how it will work in the real world! Watch this space…